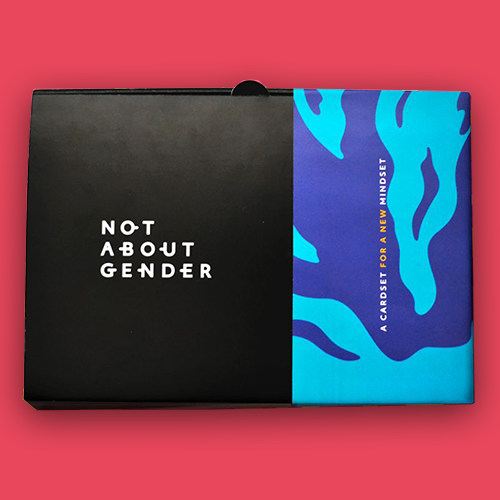 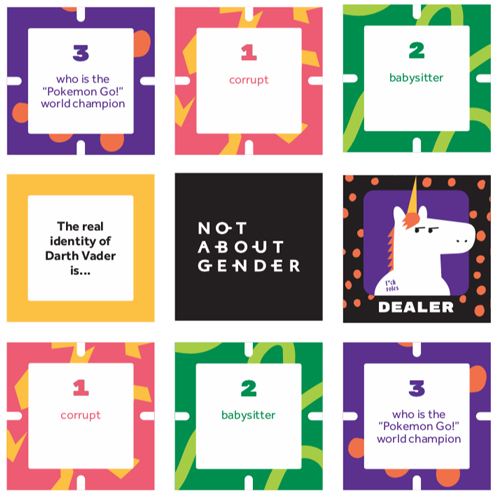 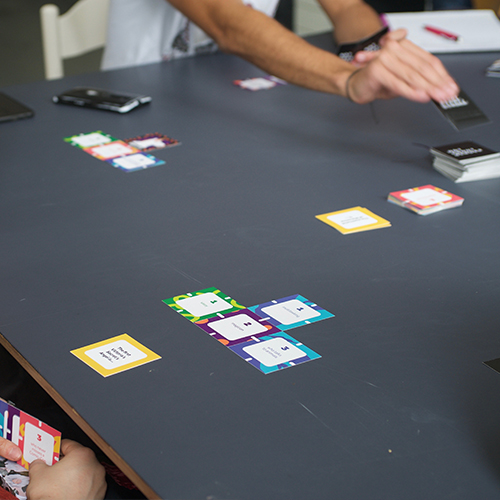 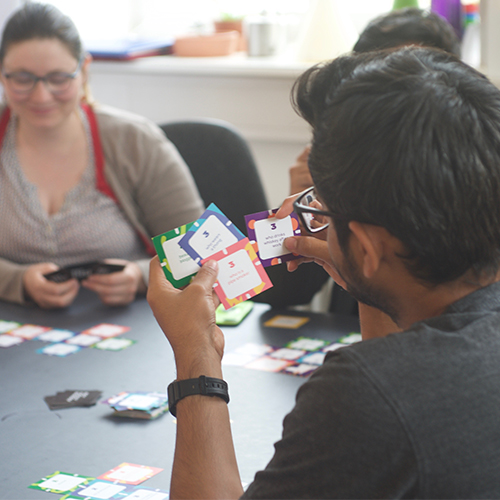 More and more people are recognizing the way gender stereotypes are ruling and limiting our way of living. Considering that gender bias is defining the society, it is important to create a space for the discussion and awareness about the topic with the idea of making it more inclusive.And that is how we developed the card game „Not About Gender“, which presents the subject with humor and lots of colors.
The goal is to use and mix stereotyped gender roles that exist in our society to make people aware of their own stereotypes. The most precise way to do it is with words, so we keep the game on a semiotic level. English was the language chosen, due to its neutrality, as it usually does not have male or female words. This allows the game to play with people’s perceptions, using their own stereotyped ideas to trigger reflection.The aim of the game is to tackle stereotypes in a fun and friendly way, for adults with good English skills in Germany, to create awareness about gender stereotypes in an era in which discussion about gender roles is intensified.
A project developed by the students: Bárbara Niño, Christine Wildermann, Cláudia Núñez, Raphael Freire. “Master of Arts of Integrated Design” Hochschule Anhalt, winter semester 2018.

More Insights on others